A Meditative Therapy: One Week, Two Hours per Day

This seven-day meditation group, created by Osho, an enlightened being, consists of one hour of Gibberish Meditation and one hour of Silent Sitting every day. The No-Mind Facilitator training can be booked in addition to the group.

In the first hour we throw out the gibberish of the mind. Just say everything that you ever wanted to say and have not been able to say because of civilization, education, culture, and society… And say it in any language you don’t know! …Shouting, laughing, crying, making noises making gestures. As you throw it out you will find yourself becoming light, becoming more alive.

In the second hour: A great silence arises in which you have to close your eyes, be absolutely silent, gather your whole energy inwards, just like you are coming home.

“I am dealing with the contemporary man, who is the most restless being that has ever evolved on the earth. But people do become silent; you just have to allow them to throw out their madness, insanity, then they themselves become silent.”
Osho

What is the Osho No-Mind Meditation

Instructions from Osho on the two stages of the No-Mind Meditation.

“Now, the first step of meditation is throwing all your craziness out. It is a simple method if you are not a coward — I mean if you are not a gentleman. It simply means gibberish. Speak any language that you don’t know, or make sounds, but don’t sit there like a Buddha; that stage comes later.”

“Remember, the first step of the meditation is gibberish. And gibberish simply means throwing out your craziness, which is already there in the mind, piled up for centuries.…shouting, laughing, crying, making noises making gestures. As you throw it out you will find yourself becoming light, becoming more alive… You will be surprised that when (the second stage comes)… you enter into silence as deeply as you have never done before. Just the gibberish has cleaned the way. In fact in (that hour), if you put your total energy … the more you put into it, the deeper will be the following silence.”

The No-Mind Facilitator Certification Training is an empowering in-depth exploration, in understanding, experiencing and transmitting this powerful process. It is booked in addition to the group

Becoming a No-Mind  Facilitator is a unique and personal journey for each trainee. It is an exploration into pure essential energy work at the deepest level. Learning not only how to free your own blocked and repressed energy but also how to support the expansion and healing of others within the dynamics of Gibberish and Meditation.

In this training you will learn:

Setting up the group:

Dealing with questions and difficulties during the group:

Other supports for the group:

The training will give you the ability and confidence to set up and facilitate the No-Mind Group in a safe effective and loving way including aftercare.

Our next Osho No-Mind Group and Training is in beautiful Sedona, AZ 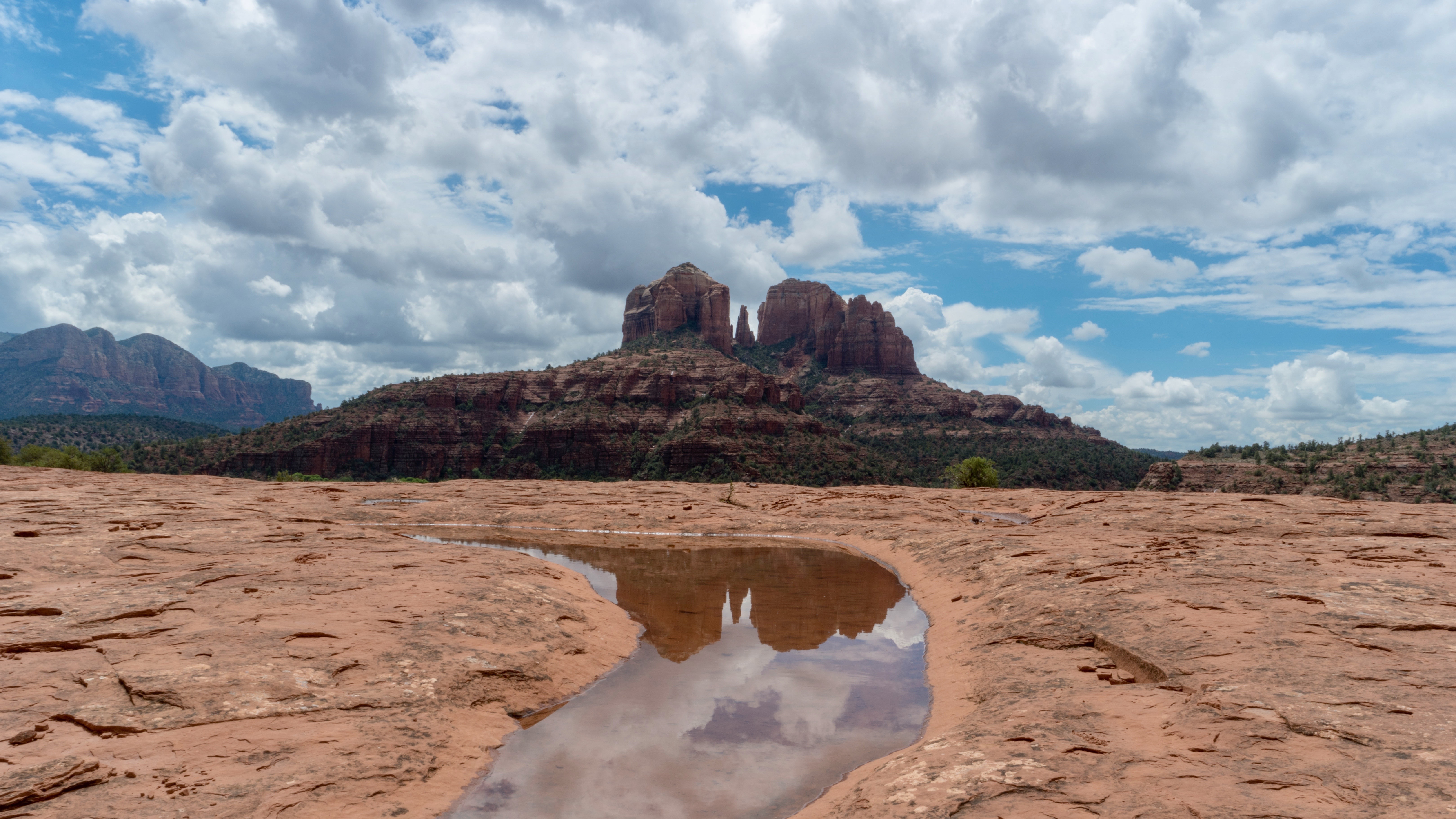 What is a Meditative Therapy?

A Meditative Therapy – Meeting of East and West

When Osho first created The Mystic Rose Meditation, he said “I have invented many meditations, but perhaps this will be the most essential and fundamental one. It can take over the whole world.” He went on to say that this will be an absolutely new and unique meditation that has never existed before in the history of mankind. He calls this work a Meditative Therapy, as it combines the two dimensions of Western therapy and Eastern meditation in one dynamic transformational process.

Generally therapy groups are run quite separately from meditation groups or retreats. This new revolutionary process combines therapy and meditation simultaneously. In the Eastern approach to personal transformation, the emphasis is on being in the present moment, the here/now, also known as a state of no-mind or meditation. Relaxing to such a degree that we are able to slip out of the constant flow of thoughts, emotions, feelings and reactions, etc., and therein develop the capacity to become aware of our inner world of pure consciousness. The emphasis is on a capacity to disidentify from the nonessential and remain with the essence of presence.

The Western approach offers many different types of therapies which enable us to understand and heal our neurosis, fears, anxieties and so on. Osho would often say that therapy is necessary as groundwork, or clearing the garden so that the flowers of meditation grow.

Laughter clearly becomes therapy when experienced for sustained periods. It removes fear, inhibitions and loosens the energetic armoring that interpenetrates and surrounds the physical body. It enlivens, invigorates and brings out a level of vitality we seldom allow ourselves to feel. At the same time, people who are in deep abandoned laughter are thrown out of the mechanisms of mind and become totally present to this moment, to a state of No-Mind. Participants can experience an altered state of being, spontaneous, alive, overwhelmed with the delight and playfulness of laughter and joy. During these sustained periods of laughter, a healing therapy, as well as a meditative state, can be experienced simultaneously. This is a rare and unique process that is, on one hand, utterly simple and yet profoundly transformation.

For example, the body has changed so much. It is so drugged that no traditional method can be helpful. The whole atmosphere is artificial now: the air, the water, society, living conditions. Nothing is natural. You are born in artificiality; you develop in it. So traditional methods will prove harmful today. They will have to be changed according to the modern situation.

Another thing: the quality of the mind has basically changed. In Patanjali’s [the most famous commentator on Yoga] days, the center of the human personality was not the brain; it was the heart. Before that, it was not even the heart. It was still lower, near the navel. The center has gone even further from the navel. Now, the center is the brain. That is why teachings like those of Krishnamurti have appeal. No method is needed, no technique is needed – only understanding. But if it is just a verbal understanding, just intellectual, nothing changes, nothing is transformed. It again becomes an accumulation of knowledge.

I use chaotic methods rather than systematic ones because a chaotic method is very helpful in pushing the center down from the brain. The center cannot be pushed down through any systematic method because systemization is brainwork. Through a systematic method, the brain will be strengthened; more energy will be added to it. Through chaotic the brain is nullified. It has nothing to do. The method is so chaotic that the center is automatically pushed from the brain to the heart. If you do my method of Dynamic Meditation vigorously, unsystematically, chaotically, your center moves to the heart. Then there is a catharsis.

A catharsis is needed because your heart is so suppressed, due to your brain. Your brain has taken over so much of your being that it dominates you. There is no place for the heart, so the longings of the heart are suppressed. You have never laughed heartily, never lived heartily, never done anything heartily. The brain always comes in to systematize, to make things mathematical, and the heart is suppressed. So firstly, a chaotic method is needed to push the center of consciousness from the brain toward the heart.

Then catharsis is needed to unburden the heart, to throw off suppressions, to make the heart open. If the heart becomes light and unburdened, then the center of consciousness is pushed still lower; it comes to the navel. The navel is the source of vitality, the seed source from which everything else comes: the body and the mind and everything.

I use this chaotic method very considerately. methodology will not help now, because the brain will use it as its own instrument. Nor can just the chanting of bhajans help now, because the heart is so burdened that it cannot flower into real chanting. Consciousness must be pushed down to the source, to the roots. Only then is there the possibility of transformation. So I use chaotic methods to push the consciousness downward from the brain.

Whenever you are in chaos, the brain stops working. For example, if you are driving a car and suddenly someone runs in front of you, you react so suddenly that it cannot be the work of the brain. The brain takes time. It thinks about what to do and what not to do. So whenever there is a possibility of an accident and you push the brake, you feel a sensation near your navel, as if it were your stomach that is reacting. Your consciousness is pushed down to the navel because of the accident. If the accident could be calculated beforehand, the brain would be able to deal with it; but when you are in an accident, something unknown happens. Then you notice that your consciousness has moved to the navel.